Sandhurst Trustees is a wholly owned subsidiary of Bendigo and Adelaide Bank (the Bank). We are a highly regarded financial services provider and part of Bendigo and Adelaide Bank's wealth management arm. Established in 1888, we have evolved from a traditional trustee company to a modern full service wealth manager offering managed funds, commercial loans and the provision of corporate trustee and custodial services.

Like Bendigo and Adelaide Bank, we have a strong focus in supporting the people, communities and initiatives from which we draw our ongoing success. As the trustee of Bendigo and Adelaide Bank's charitable arm, the Community Enterprise Foundation™, Sandhurst Trustees is involved in a wide range of community initiatives. The Community Enterprise Foundation™ aims to build stronger Australian communities through attracting tax-effective donations to fund programs for families, youth, health, education, the environment, the arts and more.

The philosophy of the Bank is to assist communities develop and be successful, and this is reflected in the Bank's purpose of 'As a bank we are good with money. But we're more interested in the good that money can do'.

Like the Bank, Sandhurst acknowledges that the success of the business will grow in line with the increasing prosperity of the people and communities we serve.

The Sandhurst Board consists of both executive and non-executive directors. The Board is responsible for the setting of the frameworks and policies that Sandhurst are governed by. These include the investment governance framework, risk management frameworks, supporting policies and remuneration.

Our approach to the environment, society and corporate governance (ESG) is one of transparency and accountability.

On 12th December 1887, a group of distinguished businessmen gathered together in the city of Sandhurst, Victoria for the purpose of forming a trustee company. Based on a vision by astute mining manager and accountant John Neeson, these interested shareholders elected a seven person board and chairperson for a new trustee, executors and agency company they named Sandhurst Trustees.

Committed to assisting the people and development of Sandhurst and its surrounding agricultural districts, Sandhurst Trustees provided sound financial and agency services, specifically as a trustee, executor and administrator of wills and estates.

Sandhurst Trustees established a strong reputation for honesty, integrity and trustworthiness. Prodigious wealth was obtained through deep-lead gold mining and the company grew rapidly, taking up residency in historic Bendigo, where it continues to reside today.

In 1992 Sandhurst Trustees merged with the city's other financial colossus, the Bendigo Building Society, which became Bendigo Bank in 1995 and subsequently became the Bendigo and Adelaide Bank.

In 2018, Sandhurst Trustees celebrated a milestone 130 years in business. As our company has grown from strength to strength, we have never lost sight of our commitment to caring for our customers through every life stage and beyond. 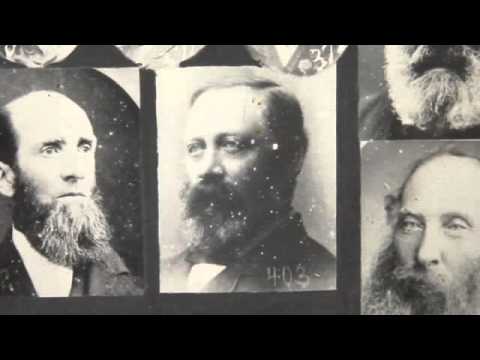 Need to talk to us?

View our Coronavirus page for important information about visiting our branches.